Being a world-class sand casting manufacturer, Guteng strives to deliver only the best quality sand casted products. Our sand casting foundry makes use of only the best materials, highly skilled labor, advanced machinery and efficient casti

Being a world-class sand casting manufacturer, Guteng strives to deliver only the best quality sand casted products. Our sand casting foundry makes use of only the best materials, highly skilled labor, advanced machinery and efficient casting techniques, making us the sand casting company of choice.

Below you will find more information on:

What is Sand Casting?

The Stages of Sand Casting

The Advantages of Sand Casting

Possible Defects and the Causes thereof

What is Sand Casting?

Very simply put, there are six basic steps in this type of casting process. First, pattern is placed in the sand to create a mold, followed by the incorporation of the pattern and the sand in what is called a gating system.

From here, the pattern is removed, the mold cavity is filled with the molten metal of choice and the allowed to cool and solidify. Finally, the sand mold is broken away and the final casting remains.

The Stages of Sand Casting

The stages of the sand casting process consist of:

When it comes to developing a new casting, pattern making will make-up the first stage of the process. The pattern, being a replica of the finished piece, can be made of wood, plastic, metal, plaster or any other material suitable for the desired result.

Permanent in nature, patterns are used for more than one mold and has to be extremely precise as it will have an effect on the final sand casting products. More modern pattern shops make use of computer aided designs (CAD) in order to produce these patterns.

Using a core box, cores are also produced during this step in the sand casting process.

A flask (or mold box) is used to produce the mold. Typically constructed in two halves, these molds are temporary in nature and a new mold has to be produced for every casting. The bottom half of the mold (known as the drag) is formed on a molding board.

Cores used do require a greater strength as it is essential that they hold their forms during the pouring process. You can learn more about cores in the sand casting process by visiting our Hollow Core Sand Casting and our Resin Cores for Sand Casting pages.

The core is placed in the drag and top half (known as the cope) is placed on top, the section between the two halves known as the parting line. In some cases, mostly when casting metals that expand during cooling, weights are used in order to secure the cope and drag to each other.

Molds are designs also typically include a gating system, responsible for carrying the molten metal; to all parts of the mold. A gating system will include a sprue, risers and runners.

Risers in turn act as vents allowing the gasses formed during pouring to be released. Risers also act as waste cavities which allows the metal to rise from the cavity, helping to avoid solidifications problems, as well as act as reservoirs before the casting cavity, aiding in progressive solidification.

Alloys and other materials are added to the charge in order to produce the desired melt, in some cases allowing the charge to be preheated. Traditionally, a sand casting foundry will superheat a metal in a furnace, after which the metal is transferred to a ladle and held there until it reaches the required (or desired) pouring temperature.

Once the molten metal reaches the desired temperature, it is poured into the mold and left to solidify.

After pouring, the mold is moved to a cooling area where it will be left to cool and solidify. After this step in the process is complete, castings will be removed either manually or by making use of vibratory tables. Vibratory tables are responsible for shaking refractory materials away from the casting.

Some sand casting manufacturers also make use of quenching baths, applied to enable the rapid cooling of castings. These rapid cooling speeds also, in some cases, results in the forming of certain metallurgical properties.

A sand casting foundry will typically have a large portion of reclaimed sand, which is then used for other purposes. This in turn results in less sand having to be purchased as well as disposed of.

Various techniques are used in reclamation, including vibration. This involves large metal parts as well as cores being removed by using vibrating screens. Attrition removes binders, after which fine sands and binders are extracted and collected.

Thermal reclamation is also used, involving the heating of sands to a temperature where organic materials (such as binders) are driven off. Returning sand to an 'as-new' state, it can be used in the production of cores. It is however a more expensive process than mechanical (vibration) techniques.

Wet washing and scrubbing is another process used in sand reclamation, and is able to deliver a high quality sand. This process is not however that widely used as it generates a liquid waste stream and requires additional energy input needed to dry the sand.

After the molten metal has solidified and the casting has cooled, the gating system is removed by means of abrasive cut-off wheels, band saws or electrical cut-off devices. The parting line formed where the two halves of the mold meet, is usually grinded or chipped by using chipping hammers. Defects can also be eliminated by making use of brazing, welding or soldering.

Metal flash, oxides and refractory materials that in some cases remain, are removed by shot blasting. This shot blast will depend on the metal of the casting and can range from a fine grit to steel ball bearings.

Additional grinding and polishing is also done in some cases in order to achieve the desired surface finish, after which it can be coated using galvanizing, powder coating, painting or electroplating.

The Advantages of Sand Casting

The materials used in the process itself are relatively inexpensive and are also able to resist deformation during heating and capable of holding its required detail.

This process is capable of producing small, precision parts as well as large parts. Learn more about this by visiting our Ultra Large Sand Casting page.

The sand casting process can be used to cast both ferrous and non-ferrous metals.

When compared to other metal casting processes, the time required to prepare the mold is relatively short.

When a uniform compaction is achieved, the sand casting process is capable of producing extremely close tolerances.

The sand used in the process can be reclaimed, helping to reduce the waste produced by the sand casting foundry.

The sand casting process is relatively simple, making it a great process for mechanization.

Note however that sand casting does has its limitations.

Typically limited to one (or a small number) of molds per mold box, this casting process also delivers a high level of waste for a sand casting manufacturer, typically in the form of sand, spent shots and baghouse dust.


Possible Defects and the Causes thereof

The four possible defects that occurs in sand casting products include:

Caused by a non-uniform cooling rate.

Caused by a non-uniform cooling rate, a melt temperature that was too high, or is caused by sand that has a low permeability.

Caused by the mold halves shifting, erosion of the mold interior or a crack in the mold.

Caused by a too low pouring temperature or the pouring of an insufficient amount of molten metal. 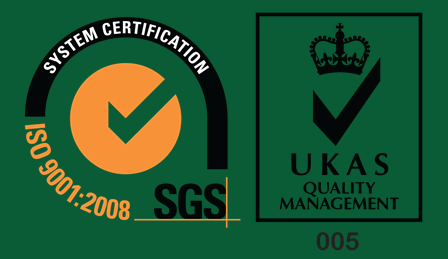 See videos of all the major processes we work in. Click VIDEO to view videos. Click PAGE to open the corresponding page: